Read all about it!

In this 100th edition of the South Hill Connection: 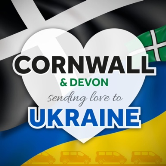 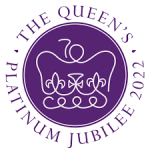 Please tell us what you think of it by contacting editor@south-hill.co.uk

Archived newsletters (all of them!)
can be found in our public Google Drive folder – here…

Some news articles are also posted here as a blog on our News page. The latest will always be at the top. If you want to search for news articles you can do so using the Search box on the right, or by selecting a News Category from the drop-down list.

Business advertisers can be found on our Local Business pageSave

We had a great time on the walk and raised lots of money > St Sampson’s Historic bells – JustGiving , raised awareness and raised our spirits !! THANK YOU to everyone that made it such a success.

Philip and Faith have transformed 52 acres of meadows, lakes and ancient woodland into habitats that they manage for wildlife.  The amazing wildflower and hay meadows are managed the old-fashioned way using only carefully-timed grazing and cutting, resulting in a rich and varied habitat.  Though probably not financially viable as a working farm, Lethytep is a valuable resource for biodiversity and wellbeing and is open to visitors by arrangement and on planned open days in June and July each year.

END_OF_DOCUMENT_TOKEN_TO_BE_REPLACED

Last month Level 3 and Level 3 Extended students supported a community engagement Rural Remembrance event at Merryhue farm with Battling On. Battling On The courage and devotion of our forces is recognised without doubt, however, it has also been recognised that some service personnel find it difficult to settle back into civilian life after leaving the forces. Battling On was established to support members of the British Armed Forces who have retired from the services and are struggling to re-adjust to civilian life.

Battling On is situated between Callington and Liskeard, on a tranquil hundred and twenty-four-acre Care Farm called Merryhue, and is staffed by predominately ex-forces who have experienced the difficulties associated with returning to civilian life. Merryhue Farm is home to a wide variety of livestock and animals including alpacas, pigs, goats, horses, geese, ducks, chickens, dogs and cats many of whom have been rescued or rehomed.

As a training centre Battling On has the use of dedicated workshops and teaching spaces situated across the farm which is a mixture of grassland, meadows, semi ancient bluebell woodland and has the river Lynher running through it providing a tranquil environment to learn, relax and heal. Battling On uses the best practices of green space eco therapies to help tackle issues from low self-esteem and confidence to Post Traumatic Stress Disorder. At the heart of Battling On is the concept of community participation and civic responsibility. Much of the vocational training is delivered through helping with community projects. These range from the management of wildlife areas in local primary schools to the maintenance restoration and repair of designated conservation areas.” From WW1 field kitchen, WW2 battle trench, rural experiences of the blitz on local areas to fieldcraft – all attendees learned about the local population’s efforts and heroes.