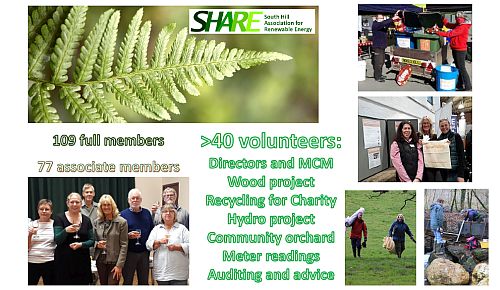 Our AGM on September 22nd was well attended, firstly at an informal “board report” session outside the Parish Hall, to show what we do and progress made during the past year.  The second, more formal part of the meeting was conducted inside the Hall, and was rounded off with drinks and snacks so that people could continue to chat.

It was especially good to meet and put names to some new faces.  Membership continues to grow and now stands at 109 full members and 77 associate members.

Draft minutes of the meeting are being circulated to members who were present, and will in due course be published on our web page (https://south-hill.co.uk/share/share-member-area/)

There’s a great deal of talk about “retrofit” just now.  Houses built without a high standard of insulation (and this includes many being built at this very moment) can never hope to be truly energy efficient without addressing this problem.

At the recent Cornwall Home Improvement & Self Build Show at Wadebridge, Sue went with the intention of finding out more about retrofit, but was a bit disappointed to be honest.  There were plenty of stands selling solar PV, air and ground source heat pumps, even MVHR (mechanical ventilation and heat recovery) systems, but besides being expensive to install, without high standards of insulation in homes, these can also be expensive to run.

Sadly, we missed a recent talk given by Kate Royston of TEC (Tamar Energy Community), “Retrofitting your home – What’s this all about?” .  Kate has kindly made available the presentation used for her talk – see attached.  She says costs are coming down all the time, and the ones in the presentation are on the high side.

Kate would be happy to come and talk to our members about this.  Please contact SHARE@south-hill.co.uk if you’d be interested.

We’ve been thinking about possible visits to places of interest.

One example is the tree nursery and a new rainwater harvesting system at Meeth Quarry near Hatherleigh in Devon (https://www.devonwildlifetrust.org/nature-reserves/meeth-quarry)

This Devon Wildlife Trust site has been developed from an old clay quarry whose industrial past has produced a fascinating landscape for wildlife today.  With 150 hectares of nature reserve we should be able to have a good walk and observe abundant wildlife too.

We’d also like to visit Trebartha, near Launceston, where as well as extensive gardens they have a hydro-power turbine installed in 2015.  Trebartha Estate opens its gardens to visitors through the NGS – National Garden Scheme.  The next open day is in May 2022.

At a recent open day we learned that “water comes from an intake area, through a 1.2km stretch of pipe dropping 90m down to the turbine house.  The turbine is a 4 jet vertical shafted Pelton wheel with a 350kW generator.  It is estimated to generate an average of 1000MWH of energy per year – enough for about 200 homes – which is fed into the national grid.”  Naturally we’re interested in this as it links to our own hydro feasibility study.

There may also be an opportunity for us to learn more about methods of farming which are more in tune with the environment – fans of the Archers may have heard talk of “herbal leys” and such like!  Example: https://www.facebook.com/LeanneBarriballbiz/videos/1033684474135257

If you have any ideas for SHARE visits, please let us know.

In advance of our SHARE AGM event, to be held at South Hill Parish Hall from 7.30pm on Wednesday September 22nd, we are contacting all members informally.  This message includes important information for members regarding the election of Directors.

As music fans will know all too well, during lockdown all gigs were either cancelled or postponed. At last that situation is changing as we head into ever more freedom. There has been a knock on effect; a lack of available venues, as everyone wants a stage at once.  The SHARE AGM has been affected by the same issues, as we’ve had to postpone last year’s AGM until now. The similarity with your favourite band is that venues have become in huge demand. Our own Parish Hall is seeing a great upsurge in bookings, taking advantage of its refurbishment.

We have hatched a Cunning Plan:  the format of the AGM will change slightly.

This September sees the national Great Big Green Week, (18th to 26th September) and we’ve chosen to hook into that for our Annual General Meeting.

END_OF_DOCUMENT_TOKEN_TO_BE_REPLACED

Philip and Faith have transformed 52 acres of meadows, lakes and ancient woodland into habitats that they manage for wildlife.  The amazing wildflower and hay meadows are managed the old-fashioned way using only carefully-timed grazing and cutting, resulting in a rich and varied habitat.  Though probably not financially viable as a working farm, Lethytep is a valuable resource for biodiversity and wellbeing and is open to visitors by arrangement and on planned open days in June and July each year.

END_OF_DOCUMENT_TOKEN_TO_BE_REPLACED

The past year has been extremely challenging for support groups everywhere, and Slimming World has been no exception.

Some have found this period very difficult (stress and comfort eating); some have actually found it easier (no eating out or socialising over cake); some have concentrated on weight maintenance.  All are glad to be getting “back on the bus” for the sake of their health and wellbeing.

Our lovely consultant Luisa Glinn has worked extremely hard to keep everybody from going off the rails.  She has organised weekly Zoom sessions on Wednesdays and Fridays, and personal messaging and phonecalls for those less comfortable with technology.  Last summer, when we were “unlocked” for a few weeks, we met in a barn on Luisa’s farm so that we could remain socially distanced but still get the help and support we are used to.

We’re flooding back to the Methodist Church schoolroom for our weekly dose of common sense and empathy.  Members who stepped back from Slimming World during the pandemic are being welcomed back, and many new members are joining.  All are welcome, and with luck by the end of June we’ll be able to use the kitchen to make our tea and coffee – exciting times!

Lockdown was hard but Luisa was always there for us no matter what.  Karen

Love being back in group with all and getting to share our experiences though lockdown and a big thank you to Luisa for all her support though this difficult year. Wendy

I love being part of the Social Team… keeps me on track… Great to get back to the Scales and see everyone . Fab support as always x   Dawn

On Monday 25th January, SHARE members attended a Zoom talk on Community Energy Schemes by Dr Tim Jones of CEP.  Despite a few IT difficulties, the event was very well organised and interesting.

The talk, hosted by St Cleer Outdoor and Environmental group, ranged far and wide over the relative benefits and costs of non-fossil-fuel heating; Cornish “Dickensian” housing stock; transport and other topics.

END_OF_DOCUMENT_TOKEN_TO_BE_REPLACED 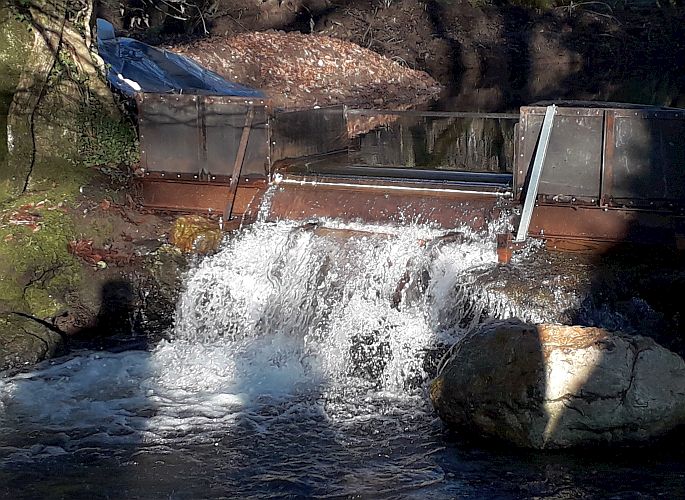 If you even glanced out of the window in mid-December, you may have noticed the rain…lots and lots of it. So even though SHARE are pushing full tilt to getting the hydro project monitoring, we have to recognise that the extreme downpours and Orange weather warnings all impacted what we do. But there has been plenty of progress all the same.

END_OF_DOCUMENT_TOKEN_TO_BE_REPLACED

No, not an ornithological sighting for the twitchers; rather a working party of wellies and waders to install the weir for SHARE’s hydro feasibility study.

The story so far: thanks to everyone’s generosity, we managed to raise all the funds necessary to get construction under way. Some of this started in isolation, but now we’re enjoying the luxury of Tier One, with socially distanced teamwork cranked into overdrive.

END_OF_DOCUMENT_TOKEN_TO_BE_REPLACED

A feasibility study is needed to evaluate SHARE’s next renewable energy project, a hydropower scheme which will benefit our local community. 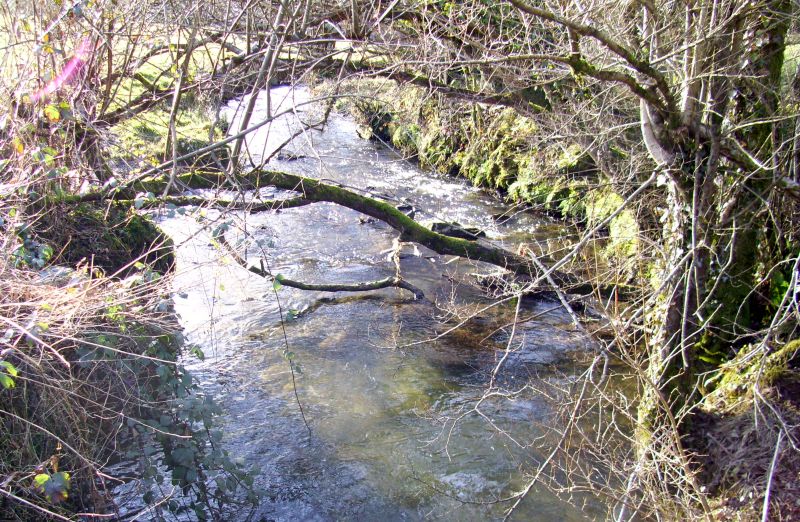 On our Crowdfunder page you can show your support by donating any amount over £1, to help raise this relatively small amount of money to kick-start our project.  Please help now.

END_OF_DOCUMENT_TOKEN_TO_BE_REPLACED

… but what in the world does that mean?

A community benefit society is a legal form for organisations that wish to operate on a not for profit basis for purposes that benefit the community as a whole.

SHARE’s Mission is: “Powering renewable energy into a secure and sustainable future for all”.

END_OF_DOCUMENT_TOKEN_TO_BE_REPLACED

Last month Level 3 and Level 3 Extended students supported a community engagement Rural Remembrance event at Merryhue farm with Battling On. Battling On The courage and devotion of our forces is recognised without doubt, however, it has also been recognised that some service personnel find it difficult to settle back into civilian life after leaving the forces. Battling On was established to support members of the British Armed Forces who have retired from the services and are struggling to re-adjust to civilian life.

Battling On is situated between Callington and Liskeard, on a tranquil hundred and twenty-four-acre Care Farm called Merryhue, and is staffed by predominately ex-forces who have experienced the difficulties associated with returning to civilian life. Merryhue Farm is home to a wide variety of livestock and animals including alpacas, pigs, goats, horses, geese, ducks, chickens, dogs and cats many of whom have been rescued or rehomed.

As a training centre Battling On has the use of dedicated workshops and teaching spaces situated across the farm which is a mixture of grassland, meadows, semi ancient bluebell woodland and has the river Lynher running through it providing a tranquil environment to learn, relax and heal. Battling On uses the best practices of green space eco therapies to help tackle issues from low self-esteem and confidence to Post Traumatic Stress Disorder. At the heart of Battling On is the concept of community participation and civic responsibility. Much of the vocational training is delivered through helping with community projects. These range from the management of wildlife areas in local primary schools to the maintenance restoration and repair of designated conservation areas.” From WW1 field kitchen, WW2 battle trench, rural experiences of the blitz on local areas to fieldcraft – all attendees learned about the local population’s efforts and heroes.